Salento to be discovered by sea through the boat excursion is an experience to do at least once in a lifetime.

The reason is simple: transparent waters with infinity granite rocks are plowed and you can admire landscapes that you did not think existed. 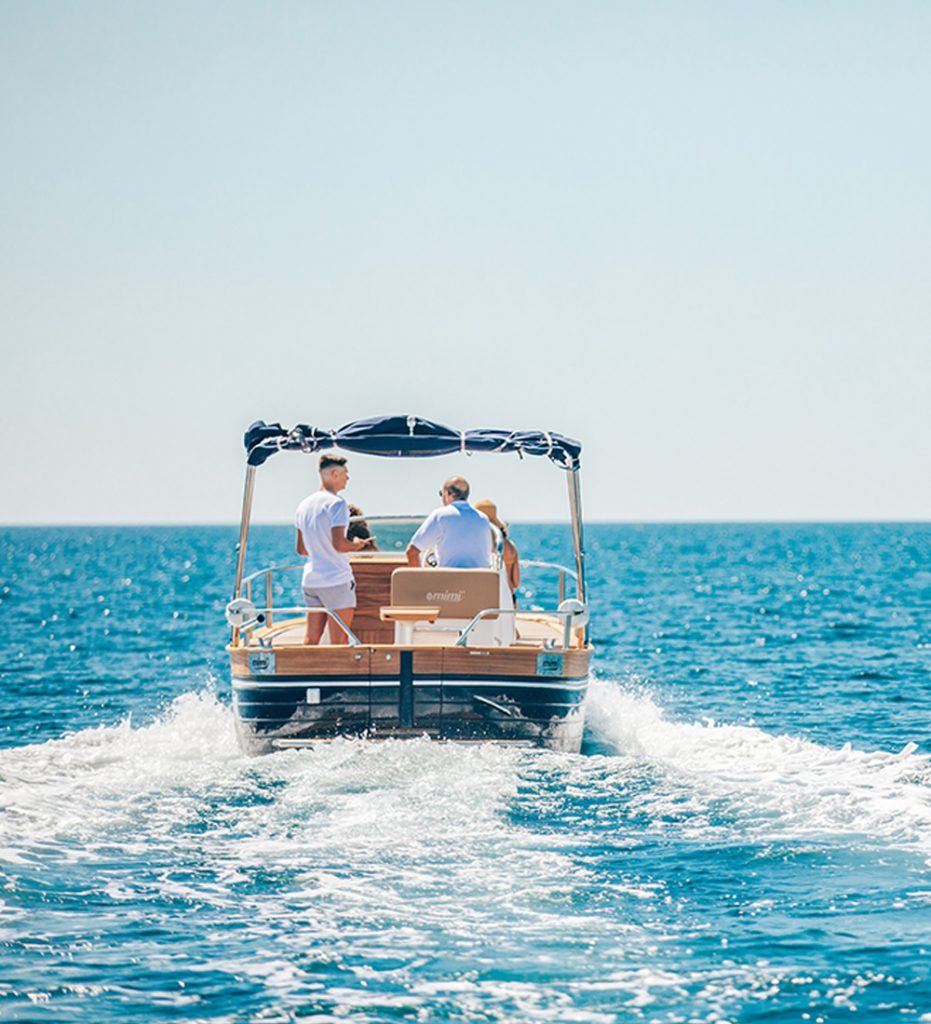 The itinerary includes two swimming stops to allow participants to relax and enjoy the freshness of the crystal clear waters of Salento. Stops will be made in both or in one of the two places of passage.

Starting from the port of OTRANTO, the PALASCIA TOUR continues towards SOUTH reaching various sites including, the first: CAVE, TORRE DEL SERPENTE, a place rich in history and culture. From here it will be possible to observe the Tower dating back to the Roman period. The name of the latter derives from a particular legend: the story of a snake is linked to this tower, which caused the tower’s light to go out, causing sailors to lose any point of reference.

Other stops will be: LA PALOMBARA and PUNTA FACÌ, the extreme eastern edge of Italy, represents one of the most beautiful Otranto dives, where strong currents create the right habitat for the most varied forms of life.

The tour ends when you arrive at the Baia delle Orte, a suggestive inlet located shortly after Otranto, south-east of Salento.

Near the bay there is a small lake “Lago di Bauxite” which arises from an old bauxite quarry, characterized by a low cliff that slowly slides into the crystal clear water.

The Baia delle Orte is completely immersed in unspoiled nature: Mediterranean scrub, wild cliffs and a spectacular view, where the snow-capped mountains of the Balkans rise on the horizon on the beautiful days of the north wind, merging with the white clouds.

In the middle of the bay is the small Porto Grande beach, easily reachable by sea. During the tour some caves will be visible, such as the Grotta della Piscina and the Grotta del Pastore or della Pecora.

The Punta Palascìa lighthouse will be the arrival point of the tour; erected in 1867, it is located in the locality of the same name, in the territory of Otranto, and represents the most eastern point of Italy. Magnificent and evocative place especially because it offers unique moments such as seeing the first dawn of Italy.

The duration of this fantastic boat tour to discover Salento and Otranto is 2 hours, during which it will be possible to stop for a swim and an aperitif on board offered by the Captain. 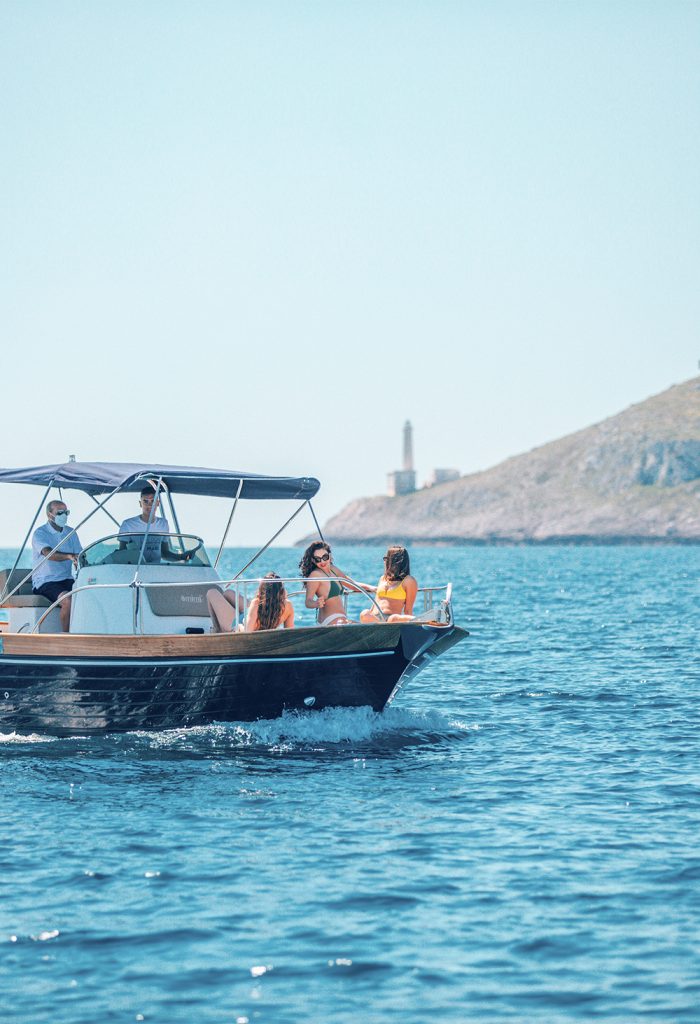 From north to south, the excursions will make you experience Salento and its wonders as you have never done before. The sea hides secrets and only by plowing it is it possible to discover them. Sadimar, with its excursions on the Salento coast, will be able to entertain you, excite you and spend an unforgettable day between sun, sea and relaxation. Salento is art, history, culture and infinite beauty, bring a camera with you on board to immortalize every single moment of the tour: from the rich nature to moments of carefree, then share them with us to relive pleasant memories together. 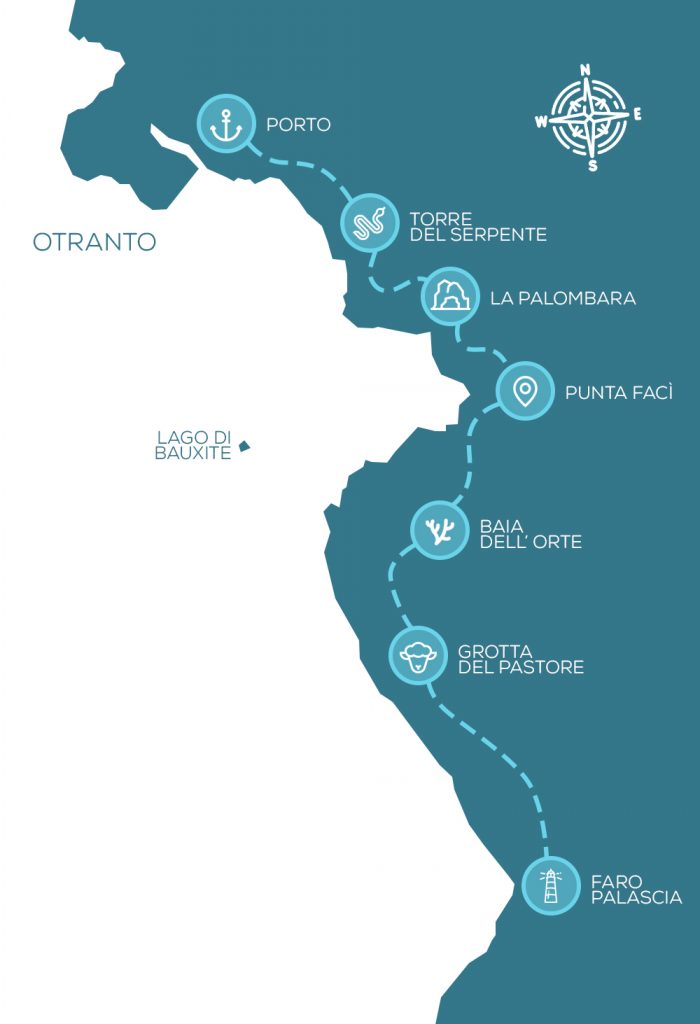 Is this the tour you dreamed of?

Leave us your contacts, Anna Chiara will be able to tell you more about the “Imperia” Tour.

You can also request a Custom Tour tailor-made for you 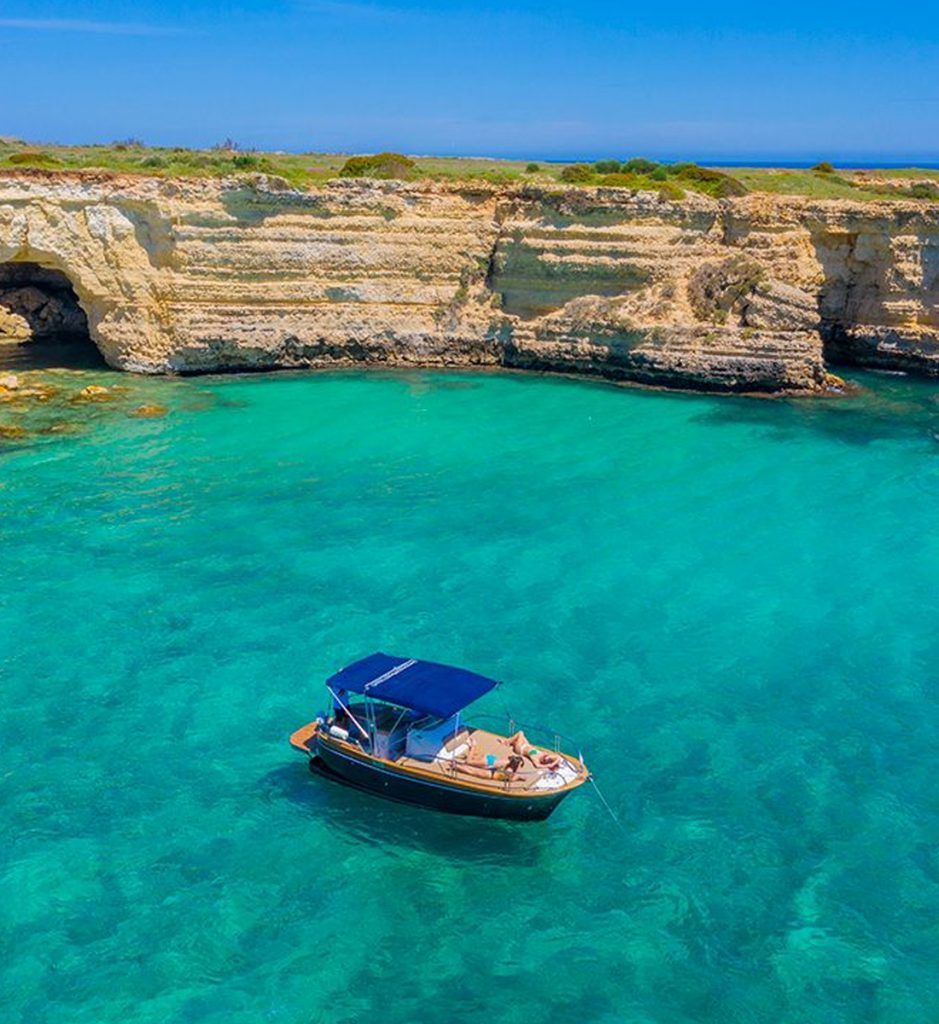